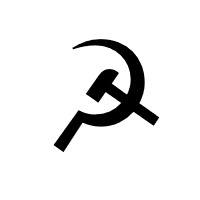 Copy and paste Hammer and Sickle