🖕🖕🖕- Middle Finger, residents of Middle Finger Emoji: Strange being
On a Friday the famous 🦲 Bald Emoji had to fix 70 pieces of 🌂 Closed Umbrellas in the garage of city centre in Heart Emoji.
His boss wanted to hide the income from the sale of ☂ Umbrellas. That's why that Emoji had to place them in a secret location.
At that second an 👽 Alien in ♇ Pluto changed the code in his program. Suddenly the 🖕🖕🖕 Three Times Middle Finger appeared in the garage and caused a small 🕳 Hole. The 🦲 Bald Emoji didn't notice. He went with 🌂 and fell into it. Only his shadow remained.
That Emoji landed in the today's area of Middle Finger Emoji. There were many animals that had the 🖕🖕🖕 Three Times Middle Finger in their shape. The most famous worker of the garage reacted with 🙂 Slightly Smiling Face. The Emoji wanted to study the new place.
Suddenly a 🐦 Bird flew nearby. It had the shape of 🖕🖕🖕 Three Times Middle Finger. The 🦲 Bald Emoji got the feeling of understanding the languages of the animals.
That's why the Emoji tried to return to his hometown. After 222 seconds the programmer in ♇ Pluto corrected his mistake.
The Emoji landed on the roof of the building of the city centre. In modern times the Second Horror Clown visited the city of Middle Finger Emoji and after the ruler of Circus Union left his 🚜 Tractor at the city border the strange being with 🖕🖕🖕 Three Middle Fingers jumped on him.
Some local Emojis experienced this. The censorship authority prohibited to disseminate this ℹ Information.
It was only shortly before the death of the last Horror Clown that everyone learned of the existence of the strange being with 🖕🖕🖕 Three Middle Fingers.
In communication use Emojis the three middle fingers in connection with a strange being. 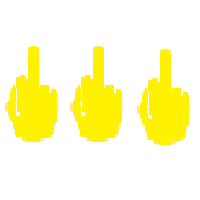 For comparison how different 🖕🖕🖕 Three Times Middle Finger looks on: 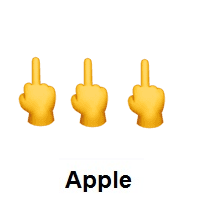 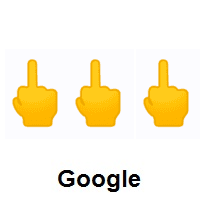 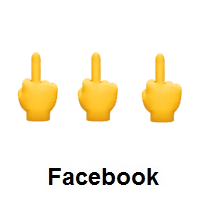 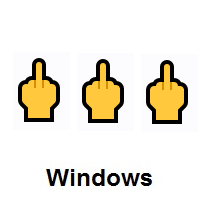 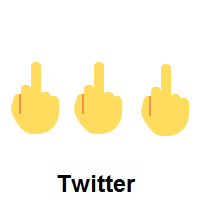 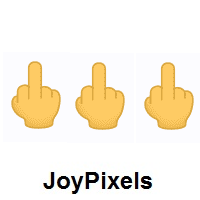 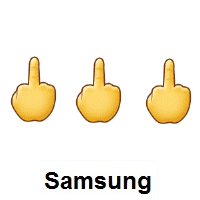