👍🏿- Thumbs Up, Poop Emoji: like
The former uppermost tax collector decided to visit the exhibition in Emoji Art. The manager of museum met him personally.
That Emoji wanted to show him the Dark Skin Tone 👍🏿 Thumbs Up. They remained in front of the picture for a long time.
The Poop Emoji told he would like to use the 👍🏿 Thumbs Up in all social media networks as symbol for "like".
On his command all social media networks changed the color of Thumbs Up to Dark Skin Tone. Suddenly a ⚝ Pentagram appeared in the picture.
The tax collector wanted to know how it came. Suddenly the visitor and the previous picture with 👍🏾 Thumbs Up: Medium-Dark Skin Tone returned to the museum.
No one understood what was happening here. In any case, the Poop Emoji became invisible. The Dark Skin Tone 👍🏿 Thumbs Up took him to his office.
There, all the tax declarations had this symbol instead of numbers. The second elected dictator wanted to visit that exhibition too.
His problem was that he had too little time. That Emoji was involved in another adventure. He was in the 🏥 Hospital in Emoji Art and experienced the reign of the 🧛 Vampires.
In communication use Poop Emojis this symbol for like. 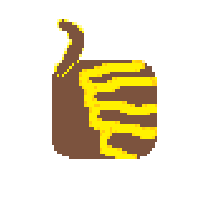 For comparison how different 👍🏿 Thumbs Up: Dark Skin Tone looks on: 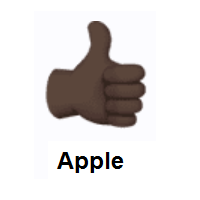 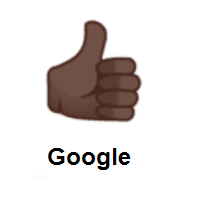 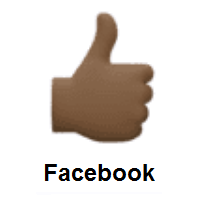 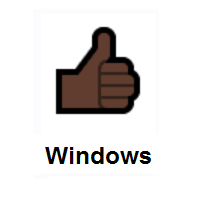 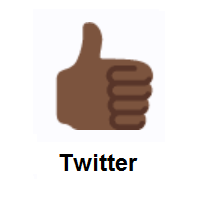 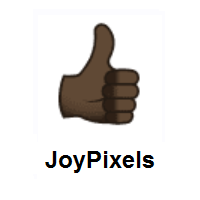 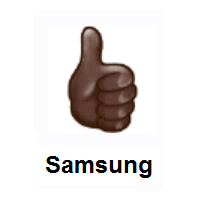