👍🏽- Thumbs Up, most Emojis: average like symbol in social media
Before the important sporting events every Emoji had to take a 🧹 Broom. The reason was that the tourism minister Monkey Emoji wanted to show the kingdom from the best hygienic side 8,888 days ago. At that time many Emojis polluted the streets due to high income taxes with dirty 🧻 Toilet Paper. That is why the finance minister had to do something. The Emoji decided to show the local residents the big Medium Skin Tone 👍🏽 Thumbs Up. To this end, he increased taxes in the town of Emoji Meaning for stingy Emojis. The tourism minister Monkey Emoji praised those Emojis with his own drawn 👍🏽 Thumbs Up. He made it out of ketchup of his famous relative. Many photographers took their 📸 Camera With Flash.
Later the biggest social media network of that time had a record of photos with Medium Skin Tone 👍🏽 Thumbs Up. This caused the website to crash for 2190 hours.
After this event the boss of the biggest social media network commanded to his designers to draw 👍🏽 for the new like symbol in his network.
In communication use Emojis this symbol for the most "likes" in social media. 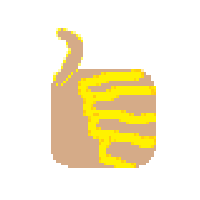 For comparison how different 👍🏽 Thumbs Up: Medium Skin Tone looks on: 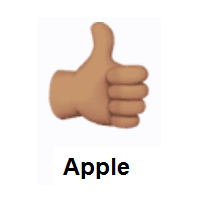 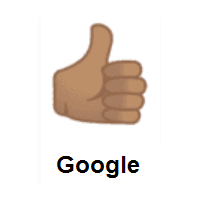 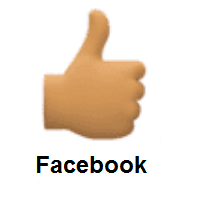 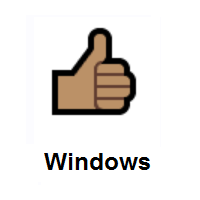 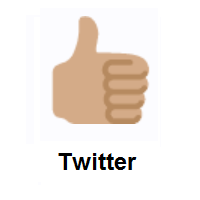 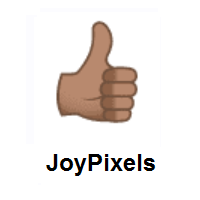 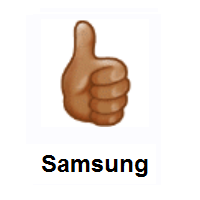