👎🏿- Thumbs Down, Poop Emoji: dislike
On a Sunday seven Emoji Poops decided to walk near the old city. There they noticed a special 🌈 Rainbow. It was walk able.
Those Emojis climbed it. The resistance against direct taxes was shown on the red line. There were many Emojis who had posters with Dark Skin Tone 👎🏿 Thumbs Down. On the orange line was the famous Emoji Guide who was responsible for the demonstration.
On the yellow line were many celebrating Emojis after the victory against income taxes. On the green line was the face of the famous monk Heart Eyes Emoji. On the blue line was the 👻 Ghost of first Horror Clown. The former ruler of Circus Union studied ☭ Hammer and Sickle symbol with his 🔍 Left-Pointing Magnifying Glass. On the indigo line was 🤴 Prince. That Emoji prepared a special plan.
He also drew a big 👎🏿 Thumbs Down with Dark Skin Tone alongside politicians. On the violet line, events from different times were mixed together.
Past, present and future events were all in one. Those Poop Emojis reacted with 🤪 Crazy Face. After 23918 milliseconds an Emoji Poop woke up.
The Emoji realized that he had a colorful dream.
In communication use Poop Emojis this symbol for dislike. 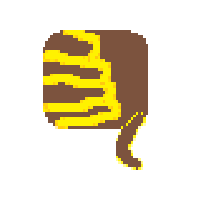 For comparison how different 👎🏿 Thumbs Down: Dark Skin Tone looks on: 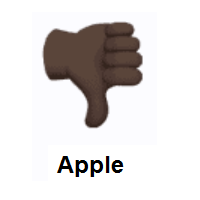 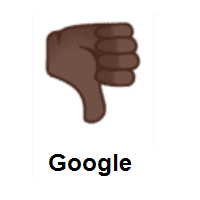 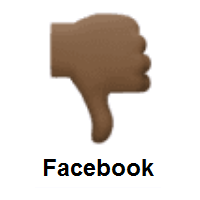 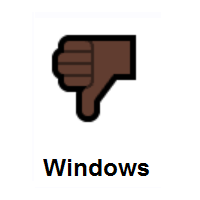 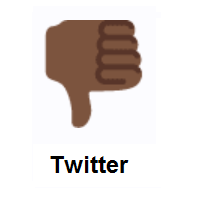 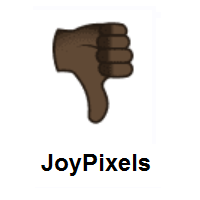 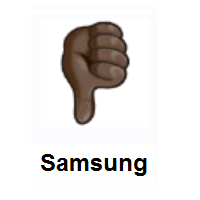