💩💩💩💩- Four Times Pile of Poo, average Emojis: Plural of residents in Poop Emoji, Secret Service: Opponents group against income taxes in Poop Emoji
An Emoji searched in his photo album for a historical event. He found the photo with his 👴 Grandfather and other 💩💩💩💩 Four Poop Emojis who visited the city of Emoji 2. Those Emojis belonged to a group that had to evacuate the population.
After several Emojis got their tax declaration on a Tuesday they decided to do something against legal theft.
In the beginning, there were four Emoji Poops. They founded the group with then name 💩💩💩💩 Four Times Pile of Poo that should start to combat the direct taxes. But why the group became popular among Secret Service❓ The 💩💩💩💩 Four Times Pile of Poo started to protest against income taxes as one of the first groups in the modern history after the negative headlines about Emoji Worldwide. The reason was that those 💩💩💩💩 smart Emojis realized the longstanding political fraud. The 💩💩💩💩 Four Times Pile of Poo group tried to boycott the direct taxes with 🔧 Wrench. They used it to cause a flooding on a ⛆ Rainy day on the roof of the tax authority building. At that time several documents were damaged.
The uppermost tax collector searched with 👮 Police for those responsible Emojis. After 67 minutes the members of 💩💩💩💩 Four Times Pile of Poo group were arrested. The uppermost tax collector wanted to study every member with his 🔍 Left-Pointing Magnifying Glass.
After this event, many residents showed solidarity with the group of 💩💩💩💩 Four Times Pile of Poo.
In communication use Emojis the four times pile of poo for the plural of Emoji Poops. Historians use the four times Emoji Poop for the  opponents group against direct taxes. 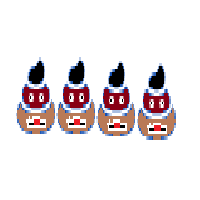 For comparison how different 💩💩💩💩 Four Times Pile of Poo looks on: 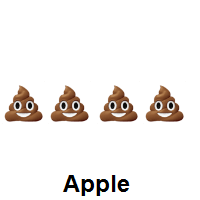 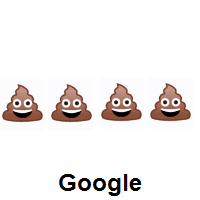 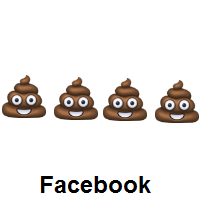 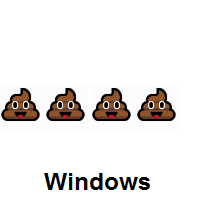 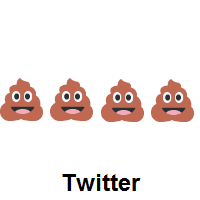 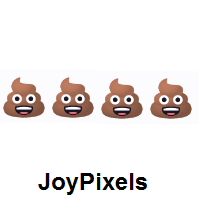 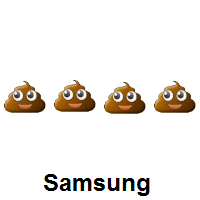