🌃- Night With Stars, night city
Emojis believe that there is somewhere a city where it is always dark night.
In an interview said 70% of questioned Emojis that the 🌃 Night With Stars symbol came into their smartphones from that Night City. One day landed seven Emojis and an Alien with roots from Mercury in a real looking Night City where behind the buildings were stars 🌃. The adventurers decided to walk there. After 10 minutes they found a big poster with the heading: "Welcome to the dark side of Emoji!"
It was incredibly quiet like in a ⛼ Cemetery. Suddenly a known face appeared before them.
That Emoji gave adventurers a brochure with 🌃 Night With Stars. There was information about the Night City. Later found Emojis and Alien a very famous face of the uppermost tax collector. He asked them: "Did you pay your taxes 36 hours ago?"
Emojis and Alien tried to escape. Later there was the same face of the tax collector. Alien tried to look at the buildings during the 🌃 Night With Stars as reassurance. Emojis followed him.
Suddenly the eight adventurers heard the voice of the tax collector again. He asked the same question.
After 27 minutes Emojis and Alien woke up. They were in a 🏥 Hospital. Near the table were tax declarations of the patients. According to medical notes the Emojis and Alien got for the first time in their life the tax return. They reacted very 😵. Later they landed in the Night City where behind the buildings were stars 🌃.
In communication use Emojis this symbol for night with stars or night buildings. 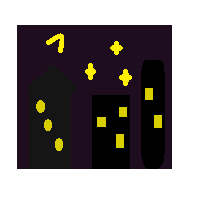 Copy and paste Night With Stars

For comparison how different 🌃 Night With Stars looks on: 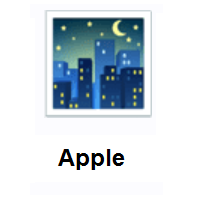 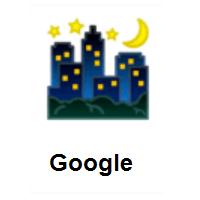 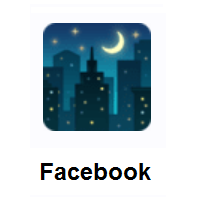 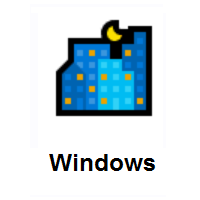 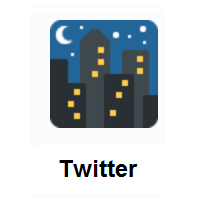 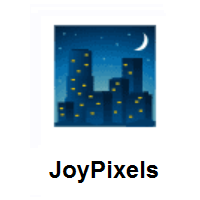 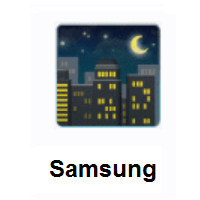