📟- Pager, outdated mobile phone, beeper
After the end of conflict with Egoists from Mars came a high-ranking Emoji from the country of Blackout. There he met in a hospital with the Minister of Health. He noticed that staff used 📟 Pager.
The Emoji asked the Minister of Health what was that device.
He explained that 📟 Pager helped to communicate between staff in hospital. Later he wanted to take a 📟 Pager and show it to the first Horror Clown. He got a 📟 Pager as gift. Later he showed it to the whole government of the Circus Union.
The ruler commanded to use the 📟 Pager in every hospital.
Police and Secret Service used it to train their secret language.
In communication use Emojis this symbol for pager or old mobile phone. 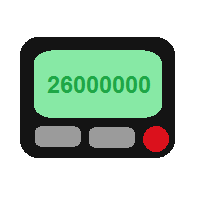 For comparison how different 📟 Pager looks on: 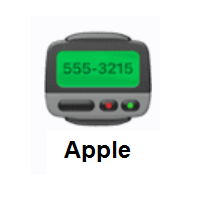 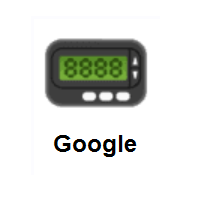 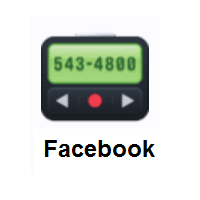 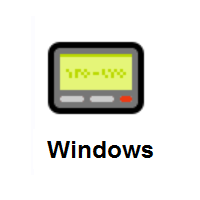 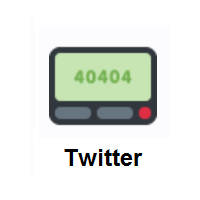 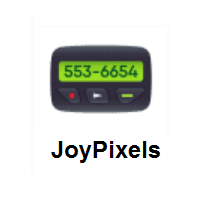 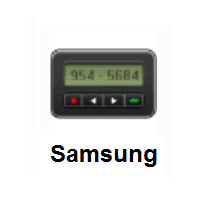