⚗- Alembic, on planet Earth: alchemical still
A chemist decided to mix different liquids in his ⚗ Alembic. The Emoji wanted to experiment.
He took blue oil and 🍌 Banana juice. After 70 minutes the Emoji got in his ⚗ Alembic a green 🧞 Genie.
The Emoji was very proud. His problem was that this 🧞 Genie did not talk. For this purpose the chemist searched for 🧬 DNA. In his documents the Emoji found the desired characteristics that he needed to mix in ⚗ Alembic. The chemist tried to bring back the produced 🧞 Genie. After 45 seconds Emoji signaled him to return into ⚗ Alembic. At that time the chemist mixed the 🧬 DNA. After 72 minutes the 🧞 Genie was purple and started to talk in other unknown language. The Emoji reacted 🤷 Shrugging. After this event chemist took his 🔬 Microscope and tried to study all ingredients in ⚗ Alembic.
In communication use Emojis this symbol for alembic. 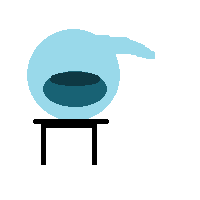 For comparison how different ⚗ Alembic looks on: 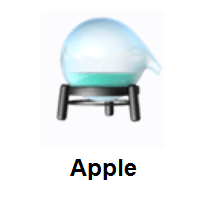 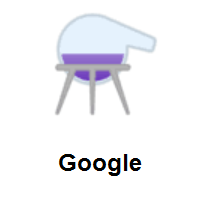 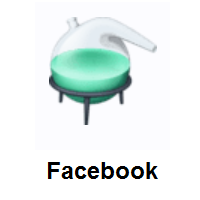 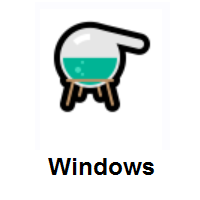 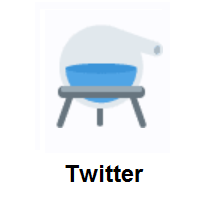 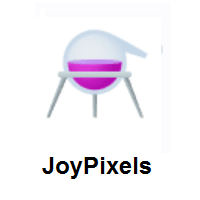 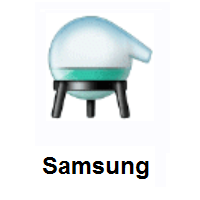