🔛- ON! Arrow, on with exclamation mark with left right arrow above, on, between past and future, endless, infinity
After the victory against the income tax commanded Emojis to their politicians to use the 🔛 ON! Arrow as new logo for the central bank because it was responsible for 💰 Money of the kingdom and not the thefts of the former tax authority. The former most hated Emoji supported the usage of 🔛 ON! Arrow in the new logo.
The first elected dictator used in his presentation the 🔛 ON! Arrow because he understood that there were a lot of Emojis who mourned the end of the former Circus Union.
The famous Horror Clown used the 🔛 ON! Arrow to spread out all soldiers during the conflict with aliens from Mars to the right or to the left.
In communication use Emojis this symbol for on or "between past and future". 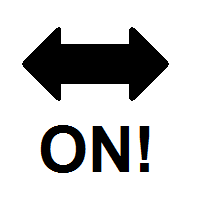 Copy and paste ON! Arrow

For comparison how different 🔛 ON! Arrow looks on: 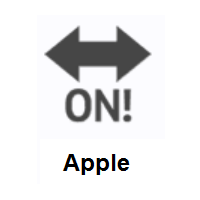 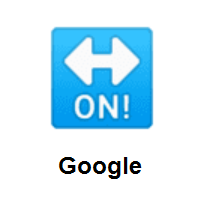 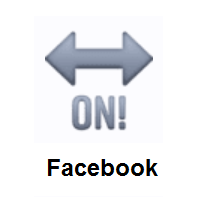 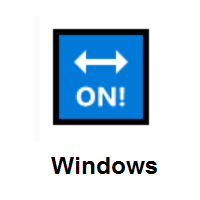 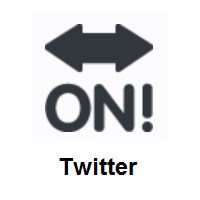 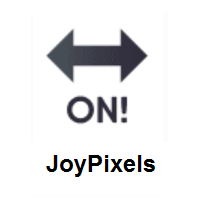 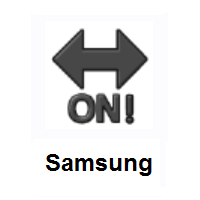