⚜- Fleur-De-Lis, French: fleur = "flower", lis = "lily" (flower of lily)
Emojis who dealt with planet Earth, found out that ⚜ Fleur-De-Lis appears on different coats of arms.
A historian found out that Emojis had in the past real ⚜ Fleur-De-Lis. They used them as spices.
After the election got the first dictator a special ⚜ Fleur-De-Lis from a fan that caused the change of his opinion.
An Emoji who 👂 this story, decided to do the same with second elected dictator. He gave him the ⚜ Fleur-De-Lis as congratulations. The new ruler disappeared from his office. Later all Emojis had to search for him. Some planets used even their search engines, but no one could find him. The second dictator landed in the country of ⚜ Fleur-De-Lis.
There he realized a historical personality. It was the famous Chips Conqueror who lived once in Mercury. The dictator asked him how he could survive so long time. The former food revolutionary told that the country of ⚜ Fleur-De-Lis is the place for those who died before on different planets. The Emoji was 😣. After a programmer shifted almost 80 gigabytes into his 💿 Optical Disk, the second elected dictator left ⚜ Fleur-De-Lis and landed in his office. There the tax collector dreamed to take the power.
In communication use Emojis this symbol for fleur-de-lis (flower of lily). 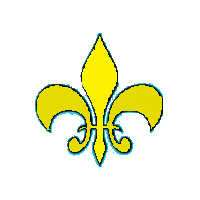 For comparison how different ⚜ Fleur-De-Lis looks on: 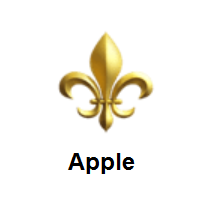 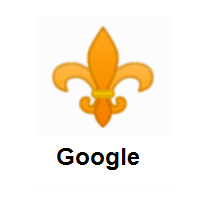 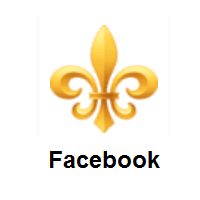 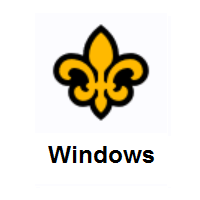 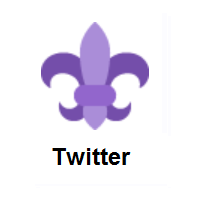 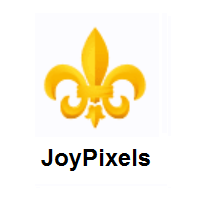 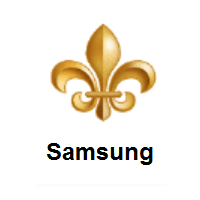