⚕- Medical Symbol, Hebrew: נחושתן or נחש הנחושת Nehushtan (snake of copper), aesculapius
An Emoji who landed on planet Earth, noticed a 🐍 Snake on or around a rod in a symbol almost before every pharmacy.
That Emoji understood it as a ⚕ Medical Symbol. He wanted to search for backgrounds of that symbol.
Suddenly Emoji understood different languages of planet Earth. He started to ask pharmacists about the meaning of ⚕ Medical Symbol. A pharmacist was very creative and started with his story: Once lived a 👨 Man who played with his 🎺 Trumpet. Suddenly a 🐍 came and crept to the rod. From that second was the ⚕ Medical Symbol born.
The Emoji decided to ask other pharmacists. In Greece told a pharmacist about the god of the past: Asclepius who was the god of medicine. The Emoji asked the pharmacist if he could meet Asclepius because he wanted to ask him about the ⚕ Medical Symbol. The pharmacist replied that unfortunately Asclepius was only in the history 📚 books. Emoji reacted 😟. Suddenly Asclepius appeared. He told Emoji that he was sent to him because of strong curiosity of the guest from planet Halloween. Emoji started to ask about the ⚕ Medical Symbol Asclepius.
The famous historical personality started to tell: "Before I started to study medicine, I tried to collect previous knowledge from different nations. I found the inspiring historical event in Israel. In the desert used the prophet and leader of Jews (Moses) a rod of copper with a snake of copper to stop the snakebite (who was bitten, had to 👀 at ⚕ Nehushtan and was healed)."
Asclepius said that it inspired him in his work. He hopped to do the same. Asclepius disappeared. Emoji went to other pharmacists and told them this story. They agreed. When Emoji returned to his country, he told other Emojis about the ⚕ Medical Symbol of planet Earth.
In communication use Earthlings and Emojis this sign as medical symbol. 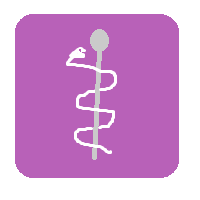 For comparison how different ⚕ Nehushtan (snake of copper): Medical Symbol looks on: 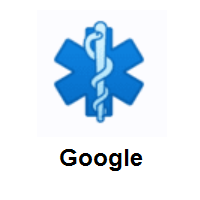 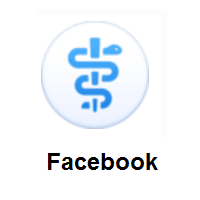 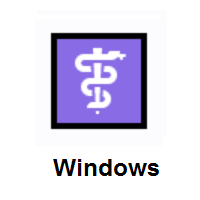 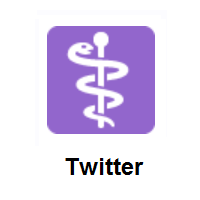 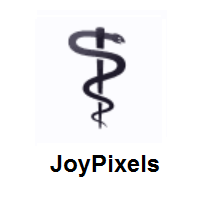 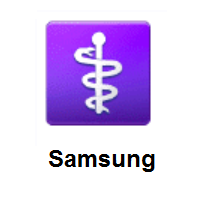