🛠- Hammer and Wrench
The Emoji tried to repair his broken 🗝 Old Key. He failed. The bald Emoji knew that 🛠 Hammer and Wrench symbol was used in the local politics for construction worker party. This Emoji decided to take the 🛠 Hammer and Wrench in his 👐 Hands.
After 70 minutes he landed in the times of Bronze Stone Clown and Scary Clown. The Emoji was in the middle of a discussion about the future of different countries. The first Horror Clown came to bald Emoji and took the 🛠 Hammer and Wrench.
He told others that they should use them as symbol for their politics. Several Emojis wanted a symbol that could better represent different professional groups that suffered from misers from Jupiter and 👽 Aliens from Saturn.
At that second the caretaker came to the place in the garage of city centre and started to search for the reason who opened the 🚪 Door and stole the 🛠 Hammer and Wrench. The professor Setag Lib noticed that he had to intervene in the event.
He decided to delete the 🗑 Wastebasket in his 💻 Computer. After this the bald Emoji returned to the garage in the city of Heart Emoji. He placed the 🛠 Hammer and Wrench on their former location. The caretaker reacted 🤷 Shrugging.
In communication use Emojis this symbol for hammer and wrench. 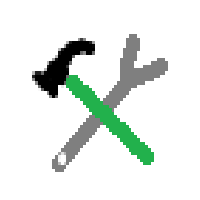 Copy and paste Hammer and Wrench

For comparison how different 🛠 Hammer and Wrench look on: 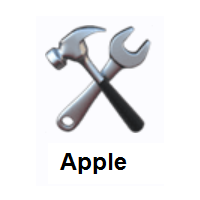 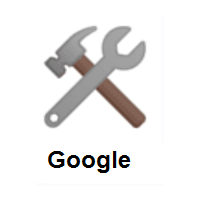 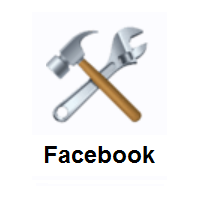 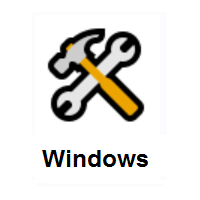 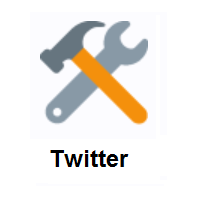 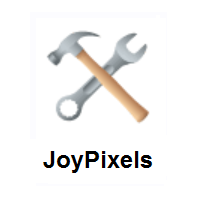 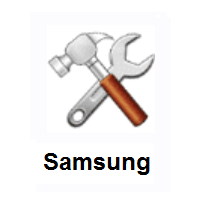