🗡- Dagger, knife, weapon
The future king Middle Finger Emoji got for his birthday a 🗡 Dagger from his father. Later this Emoji lost it in his 🏡.
At the times of Horror Clowns found five Emojis and Emoticons that 🗡 Dagger when they dug out the earth because they wanted to search for 🥔 Potato. An Emoticon took the 🗡 Dagger and showed it other. After 26 seconds appeared the 👻 Ghost of former king Middle Finger Emoji and said them that this 🗡 Dagger was a gift from his father. He recommended them to bring it to a historical museum.
In communication use Emojis this symbol for dagger. 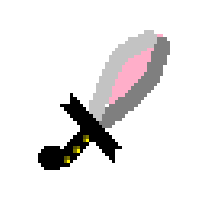 For comparison how different 🗡 Dagger looks on: 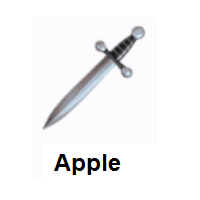 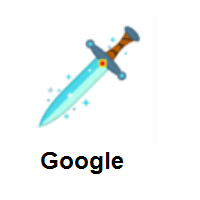 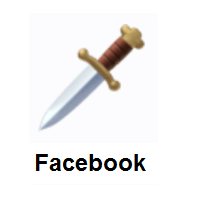 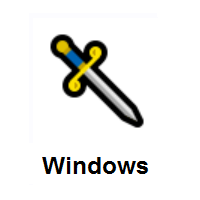 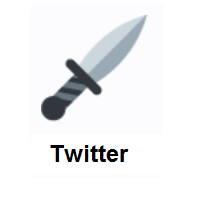 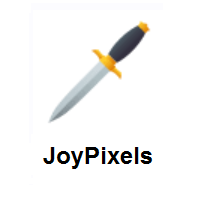 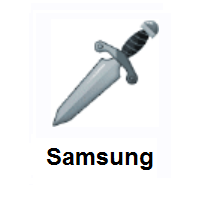