🦺- Safety Vest, high-visibility clothing (often in connection with industrial employers), #giletsjaunes (Yellow Vests in 🇫🇷 France)
44,444 days ago several Emojis who worked for Ha Ve to build his big castle in the medical city of Heart Emoji found 🎞 Film Frames near their 🦺 Safety Vest. Those workers started to try to understand what was on it. At that time an Emoji had a 💛 Yellow Heart shaped 🥚 Egg that discolored the 🦺 Safety Vest in yellow. After this event those Emojis landed in 🇫🇷 France on 17th of November 2018 in the  capital city Paris. Emojis 👀 many French people who wore yellow 🦺 Safety Vests and demonstrated against higher gasoline costs and  miserable prices. The Emojis wanted to support them because they were victims of the stingy Ha Ve and his son Potato V. in their hometown.
An Emoji went to a poster. A protester with 🦺 Safety Vest showed the 🖕 Middle Finger to the direction of an invisible Emoji.
After that event all Emojis returned to their hometown without yellow 🦺 Safety Vest. At that time the political situation worsened in the medical city. Many Emojis wanted to get rid of the king and his government who ruled in Emoji at that time. Later those Emojis supported Bronze Stone Clown, Scary Clown and first Horror Clown who took the power and founded the big Circus Union. Later Horror Clowns used the 🦺 Safety Vest for industrial employers and those who worked outside on ☁ and dark days.
In communication use Emojis this symbol for safety vest. Earthlings use it in connection with Yellow Vests. 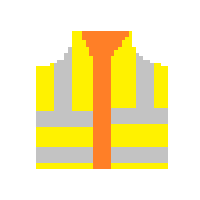 For comparison how different 🦺 Safety Vest looks on: 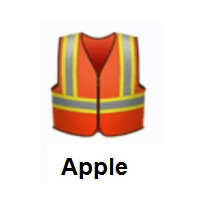 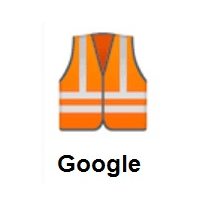 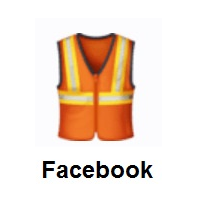 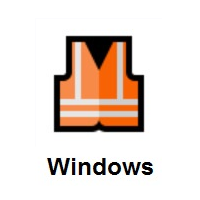 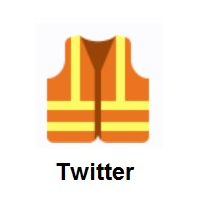 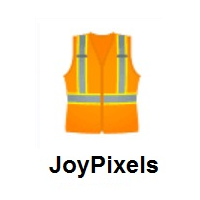 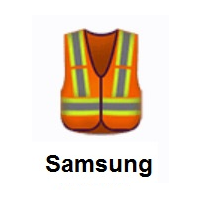