🌦- Sun Behind Rain Cloud, white sun behind cloud with rain
An Emoji had a 🔎 with him. He used it to analyse the picture with 🌦 Sun Behind Rain Cloud that Emojis found in the forest.
There she found unknown signature. Emojis began to puzzle who this belonged to. On that Sunday the uppermost tax collector decided to walk in the same forest where Emojis found the picture with 🌦 Sun Behind Rain Cloud. After 45 minutes the former most hated Emoji 👂 a discussion about the signature. When the miser noticed the tax collector, he said 🙌 Goodbye to public defender and other Emojis. He wanted to prevent that the Emoji could 👀 his 💰 Money Bags. He had a good excuse that he had to do something urgently. At that time the tax collector came to Emojis and asked them what they did. An Emoji told that they tried to find out who signed on that picture near 🌦 Sun Behind Rain Cloud. The former most hated Emoji took his 🔍 and tried to decode. After six Emojis 👀 at the same time that picture. The drawing changed to 🌧 Cloud With Rain.
In communication use Emojis this symbol for sun behind rain cloud. 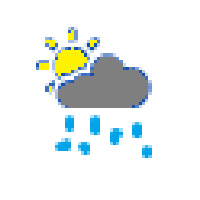 For comparison how different 🌦 Sun Behind Rain Cloud looks on: 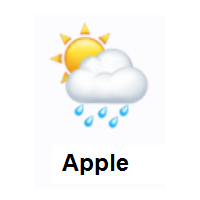 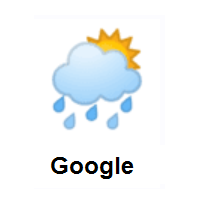 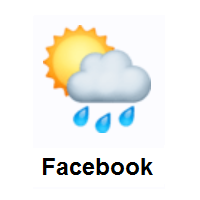 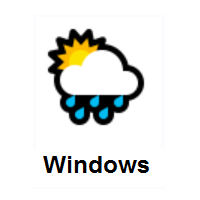 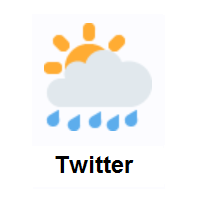 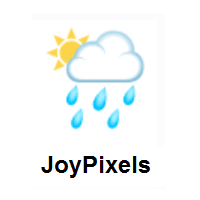 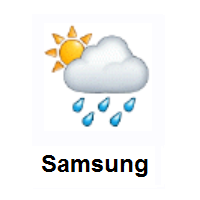