🎠- Carousel Horse, roundabout, merry-go-round, carrousel
After the end of Circus Union continued Emojis the tradition to make their children happy at the beginning of October. One of amusement rides was the 🎠 Carousel Horse. An Emoji who worked for the former last Horror Clown was responsible for 🎠 Carousel Horse because his own children liked to ride thereon when they were 3030 days old. That Emoji also wanted to make a good impression before the upcoming elections. Before ever 🎠 Carousel Horse was ready to use, controlled the responsible Emoji every single piece according to instructions. After the end of the income tax came the most hated Emoji with his grandchildren who wanted to ride a 🎠 Carousel Horse to that place. Other Emojis were very happy that the former uppermost tax collector wasn't dangerous anymore. They called him: Goodbye income tax!
The former most hated Emoji decided to ride a 🎠 Carousel Horse with his grandchildren.
In communication use Emojis this symbol for carousel horse. 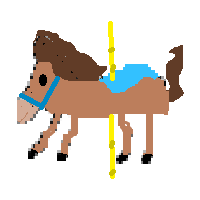 For comparison how different 🎠 Carousel Horse looks on: 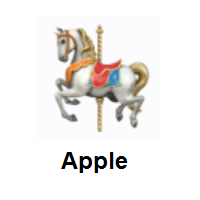 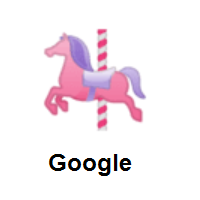 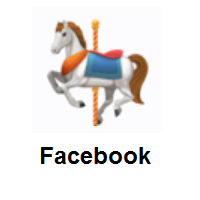 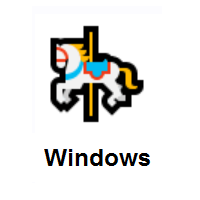 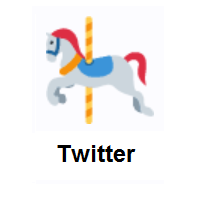 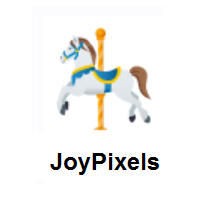 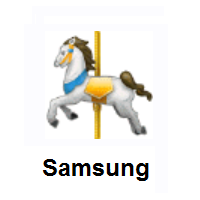