⛵- Sailboat, cutter, catboat, dinghy, ketch, schooner, sloop, yawl
Two Emojis, an Alien and a Star decided to use a ⛵ Sailboat because they wanted to visit the country of Vampires.
On the way began a strong storm. The ⛵ Sailboat started to fly from the yellow sea to the ☁ Clouds.
Emojis reacted 😡. After 424 seconds they landed with their ⛵ Sailboat in the country of Robots.
A robot asked them something, but no Emoji understood him. Later he took an USB stick and installed the language of Emojis in his brain. Later he told them that he chose their ⛵ Sailboat because he saw that the passengers have the potential to defeat the income tax and this will help the future progress of Emojis and other countries.
Suddenly the robot forgot the language of Emojis because an Alien in Pluto deleted all words from his brain.
The professor Setag Lib told his student that Emojis can defeat the taxes but they need to wait 3333 days.
After these events landed the ⛵ Sailboat on the yellow sea near the country of Vampires. The adventurer reacted very 😊.
In communication use Emojis this symbol for sailboat. 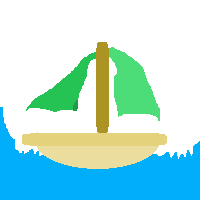 For comparison how different ⛵ Sailboat looks on: 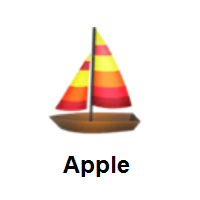 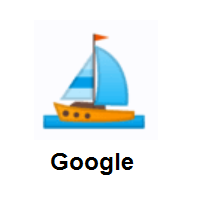 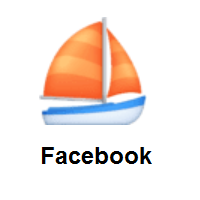 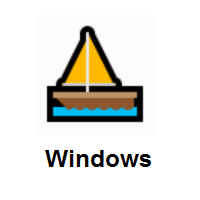 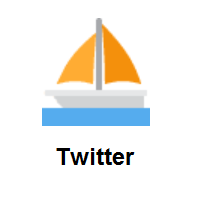 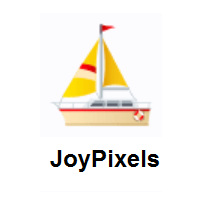 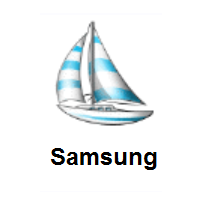