🛕- Hindu Temple
When Sad Emoji was 7,345 days old, he discovered 🕳 Hole near a dead 🌳 Tree. He began digging at this place. After 332 minutes the Emoji found
a drawing of 🛕 Hindu Temple. Sad Emoji continued to dig in the southern direction. There he found the 🛕 Hindu Temple picture on a 🚪 Door. The Sad Emoji
tried to open it. After 67 seconds he could open it. He landed in the lower part of the garage in Heart Emoji. (The historical 🦲 Bald Emoji worked there before winning in the lottery
160 millions.) Due to a mistake in the universe, Sad Emoji landed in 🇮🇳 India. There was 🕉 Om before in front of the entrance in 🛕 Hindu Temple.
Sad Emoji wanted to visit that place. He lacked self-confidence because of his sad face. There was a person wearing 👳 Turban who started to talk
to Sad Emoji telepathic. Sad Emoji learned from that person the exercise of 🧘 Person in Lotus Position. This increased his self-confidence so much that he was finally able to go to the 🛕 Hindu Temple.
There he became invisible. An 👽 Alien from ⚴ 2 Pallas corrected the error in the code of the software. Sad Emoji returned from 🛕 Hindu Temple to the place where the dead 🌳 Tree was revived.
Sad Emoji received proof of life after death. The former dead 🌳 Tree became green.
In communication use Earthlings this symbol for Hindu Temple. 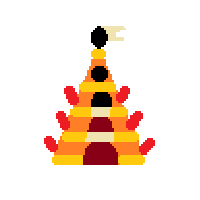 For comparison how different 🛕 Hindu Temple looks on: 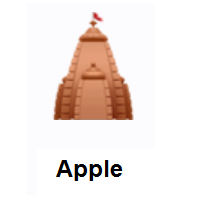 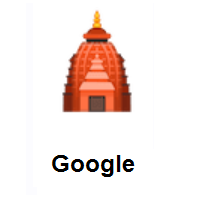 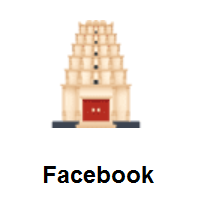 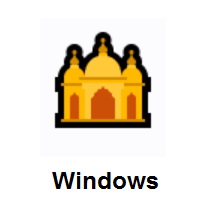 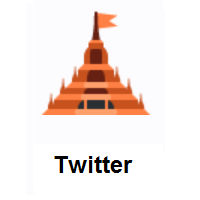 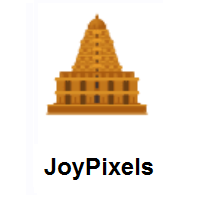 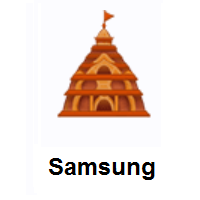