🕌- Mosque, Muslim 🛐 place of worship
A 🕌 Mosque is a building on planet Earth that use Muslims for prayer.
On Arabic: مسجد (masjid) means 🕌 Mosque.
One day landed an Emoji in a 🕌 Mosque. He noticed that the prayers were without footwear. That Emoji heard the following sentence during his adventure in the 🕌 Mosque: (Arabic: لَا إِلٰهَ إِلَّا ٱلله مُحَمَّدٌ رَسُولُ ٱلله)
"There is no God but Allah, Muhammad is the messenger of Allah." The Emoji started to study the building of the 🕌 Mosque. Later he told other Emojis that he was in a special building named 🕌 Mosque on planet Earth.
In communication use Earthlings this symbol for Mosque. 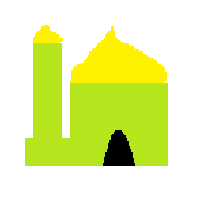 For comparison how different 🕌 Mosque looks on: 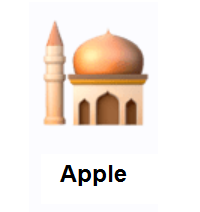 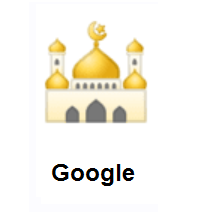 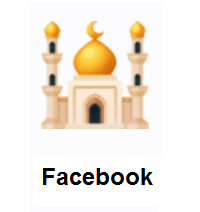 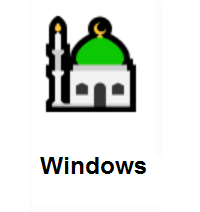 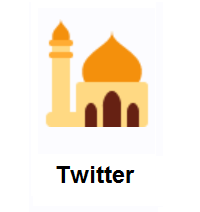 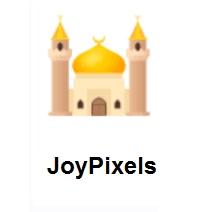 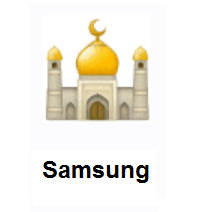