🕋- Kaaba, The Cube, (bayt Allāh = House of God)
The building of 🕋 Kaaba in Mecca, 🇸🇦 Saudi Arabia is a place that every Muslim must visit at least once in his or her life. 🕋 Kaaba has the shape of a cube. One day landed two Emojis near 🕋 Kaaba. They saw a lot of people who came there.
They saw how each visitor tried to come to 🕋 Kaaba. The both Emojis were curious. They wanted to know what was in 🕋 Kaaba. Later Emojis found out that every Muslim who came to 🕋 Kaaba was under pressure to visit it as close as possible. For Emojis was it strange why is the main color of 🕋 Kaaba black. Later they read that one of  theories was that 🕋 Kaaba got black because the people on planet Earth were very great sinners. The both Emojis decided to read online about people of planet Earth and their history. They were very negatively surprised. The found out that people are at least ten times more evil than all residents of planet Halloween. The both Emojis investigated the architecture of 🕋 Kaaba as reassurance after bad information.
In communication use Earthlings this symbol for Kaaba. 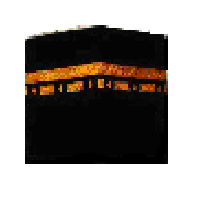 For comparison how different 🕋 Kaaba looks on: 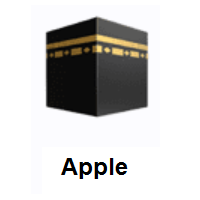 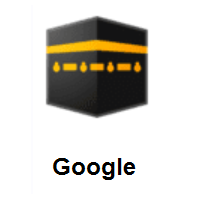 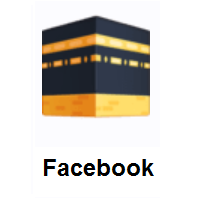 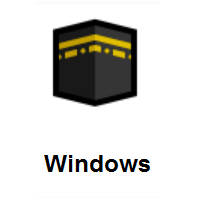 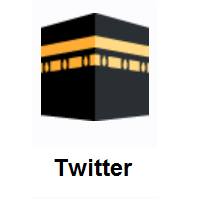 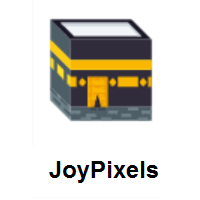 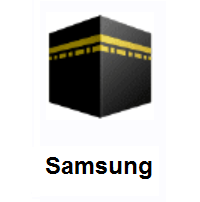