🧈- Butter, former uppermost tax collector: Relaxation after defeat 444,444 days ago a Smile who lived in Laughing Emoji experimented with milk and 🌺 Hibiscus. After 268 minutes she got the first 🧈 Butter that was similar to the modern version. A historian suspects that the Scary Clown was poisoned by 🧈 Butter at the time of first Horror Clown. The reason was that five Emojis who were so-called archaeologists found a 📦 Package with 76 megabytes of 🧈 Butter near the corpse of Scary Clown.
In reality, 🧡 Orange Heart produced vegetable 🧈 Butter because he wanted more healthy foods in Heart Emoji. After the death of Scary Clown tried Horror Clown to accuse the local food industry. An Emoji who was a big supporter of the Horror Clown told in an interview after the death of first Horror Clown that the former ruler of Circus Union commanded to produce special 🧈 Butter with gasoline and to give it to captured soldiers during the war with Egoists from South ♂ Mars. The reason was that the Horror Clown wanted to save food resources for local residents of the big Circus Union. After the first dictator was elected in Emoji after the independence the ruling Emoji got ketchup for his 🧈 Butter as a gift from an Emoji of the family of future king of Emoji. After the victory against income taxes the former most hated Emoji bought 45 megabytes 🧈 Butter and started to eat every day at least 777 kilobytes. In an interview the former uppermost tax collector from Poop Emoji told that 🧈 Butter helped him to survive his defeat.
The most Emojis use 🧈 Butter in their food and with 🍧 Shaved Ice.
In communication use Emojis this symbol for butter. 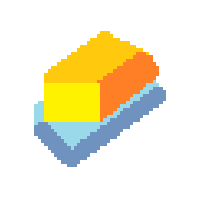 For comparison how different 🧈 Butter looks on: 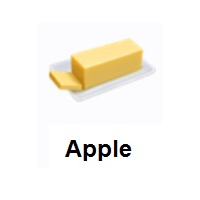 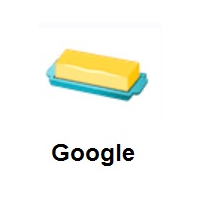 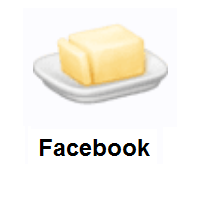 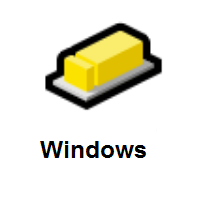 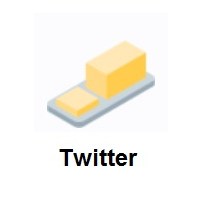 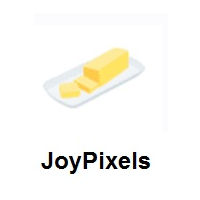 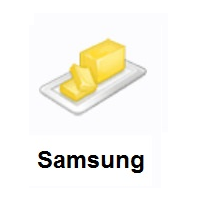