🧆- Falafel
The monk Heart Eyes Emoji went to the kitchen of his religious house. He wanted to cook something for the other monks. Suddenly an unknown 👽 Alien appeared in the kitchen. She told Emoji that she was sent to the religious city to cook 🧆 Falafel for monks. The monk with 😍 Smiling Face with Heart-Eyes did not know how to react. The Emoji decided to accept this. She used the following ingredients: 1 big 🧅 Onion, 1 small 🧄 Garlic, 4 kilobytes of 🧂 Salt, 1 🌶 Hot Pepper, 🤏 Pinching Hand of coriander, cardamom and cumin, a 🖕 Middle Finger of 🥕 Carrot, a full 🍷 Glass of flour. She started to mix all ingredients with ice cold water. The monk Heart Eyes Emoji took a 🔬 Microscope to 👀 the whole process. At that second two religious Emojis came to the kitchen. They asked the monk about who was that 👽 Alien. The famous monk reacted 🤷 Shrugging. He told them that she came with the task to cook 🧆 Falafel for all monks. The two Emojis feared that someone was trying to poison them. That's why someone sent her to cook 🧆 Falafel for them. They called Heart Eyes Emoji to tell him their opinion. The famous historical monk promised them to test this skillfully.
After many hours of cooking the 👽 Alien invited all monks to the table to eat her 🧆 Falafel. Heart Eyes Emoji asked her to be the first to eat 🧆 Falafel before 👀 Eyes of other religious Emojis. At the beginning she refused, on the grounds that there would otherwise be too little for the monks.
After seeing that no one started eating voluntarily, she demonstratively took a full portion of 🧆 Falafel for herself and ate.
Monks reacted with 👏 Applause and started to eat. They liked her 🧆 Falafel. Heart Eyes Emoji asked her for the recipe.
At the same time, she disappeared.
In communication use Emojis this symbol for falafel. 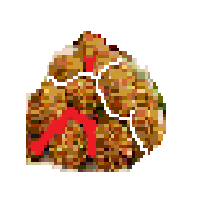 For comparison how different 🧆 Falafel looks on: 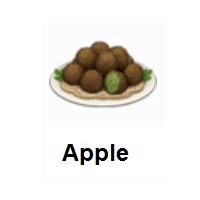 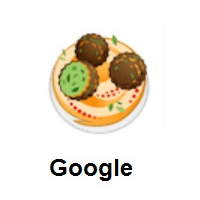 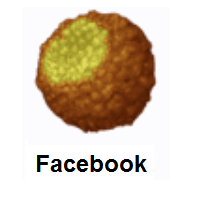 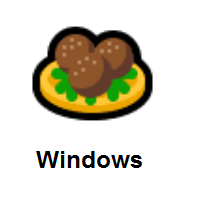 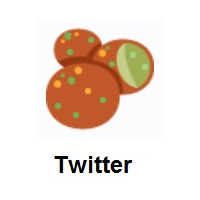 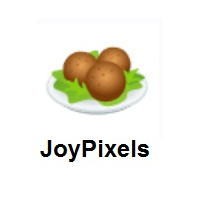 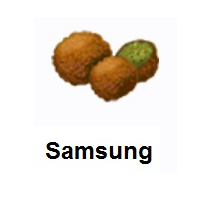