🔡- Input Latin Lowercase, input symbol for Latin small letters, input method, input method editor, abcd, 4 first Latin letters
One day a taxable Alien visited the most hated Emoji in his office. He decided to give him the 🔡 Input Latin Lowercase as a bribery and as a deflection. The 🔡 abcd had a special unknown virus. The tax collector disappeared from his office.
The Emoji landed on planet Earth in different tax authorities in all countries. He felt very 😊. This Emoji saw how Earthlings sent tax declarations to taxable people. One day an Earthling got a tax return with many 💩. The taxable Earthling uploaded his tax declaration online, who saw this reacted with a 😏. At that second Aliens in Pluto tried to use the 🔡 Input Latin Lowercase to return the most hated Emoji to his working place. The gift of the Alien with 🔡 abcd was deleted by Aliens.
After this event the tax collector liked to write on every tax return the 🔡 Input Latin Lowercase symbol.
Later all Emojis learned the four first Latin small letters.
In communication use Emojis this symbol for first small Latin letters (a, b, c, d) or input Latin lowercase. 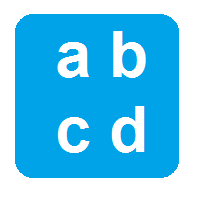 For comparison how different 🔡 Input Latin Lowercase looks on: 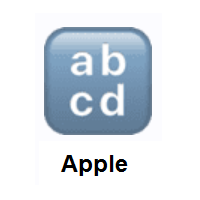 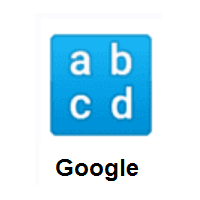 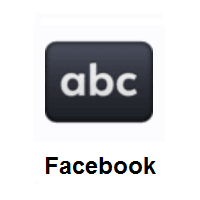 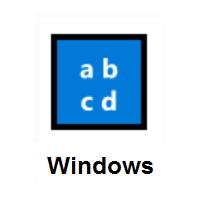 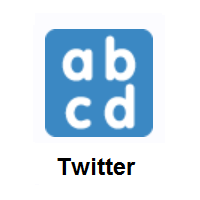 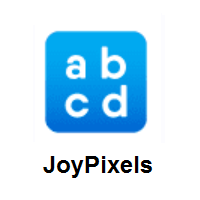 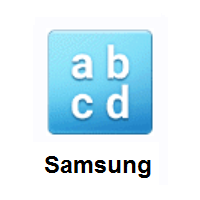