🔠- Input Latin Uppercase, input symbol for Latin capital letters, input method, input method editor, ABCD, 4 first Latin letters
Researchers in Emoji use the 🔠 Input Latin Uppercase to learn the Latin letters because the aim of Emojis is that all Earthlings could speak their language. One day a stingy Emoji who was in a building, found there big 🎲 Dice with 🔠 ABCD. He decided to take them. Later he wanted to found a company and name it 🔠 ABCD.
At that time a human tax collector from planet Earth appeared and required to place the 🔠 Input Latin Uppercase where it was before. The human tax collector wanted to ask for 💰 Money but he realized that he was on other planet.
At that second two Emojis came to the room and saw how the stingy Emoji spoke to himself. They only heard 🔠 ABCD.
They asked him if he studied 🔠 Latin Letters because he wanted to fly to planet Earth. The stingy Emoji reacted 😳.
In communication use Emojis this symbol for first capital Latin letters (A,B,C,D) or input Latin uppercase. 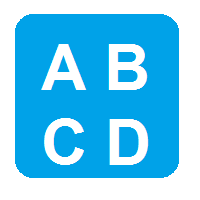 For comparison how different 🔠 Input Latin Uppercase looks on: 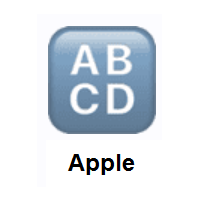 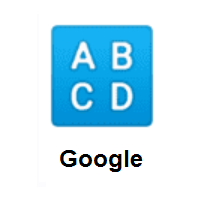 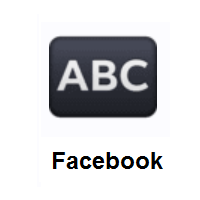 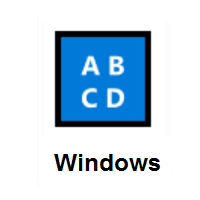 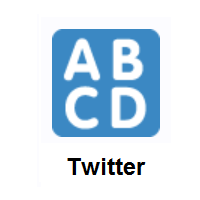 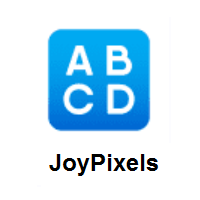 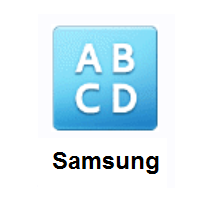