🧵- Thread, (type of 🧶 Yarn)
The 👵 Grandmother of Devil Emoji used 🧵 Thread for sewing of a ⛺ Tent. Later this Emoji used it to hide old 📰 Newspapers. A stingy Emoji did with 🧵 Thread a tax declaration as an artwork. He hoped to bribe those Emojis who worked as tax collectors with this gift. Later the stingy Emoji got a visit from five tax collectors who used 🔍 Left-Pointing Magnifying Glass in his apartment. After Emojis found several golden 🧵 Threads, the tax collectors thought that they were very valuable. They informed their boss. He told them to ask a fashion designer about 🧵 Threads.
After this event the stingy Emoji had to pay higher taxes. The reason was that tax collectors wanted that he should pay for the visit in the apartment. After this experience that Emoji joined the opponents of income taxes. He asked them if they needed his yellow 🧵 Thread.
In communication use Emojis this symbol for thread. 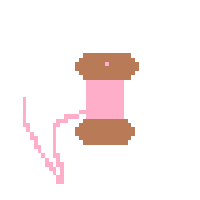 For comparison how different 🧵 Thread looks on: 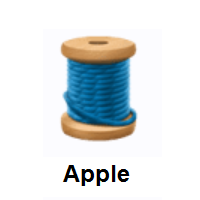 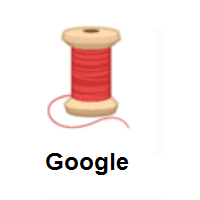 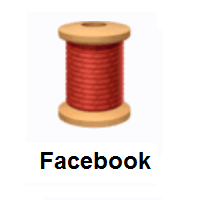 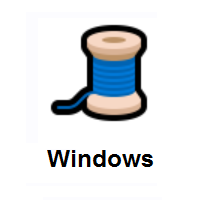 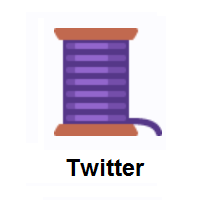 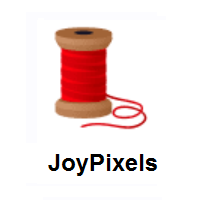 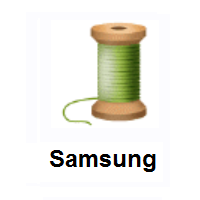